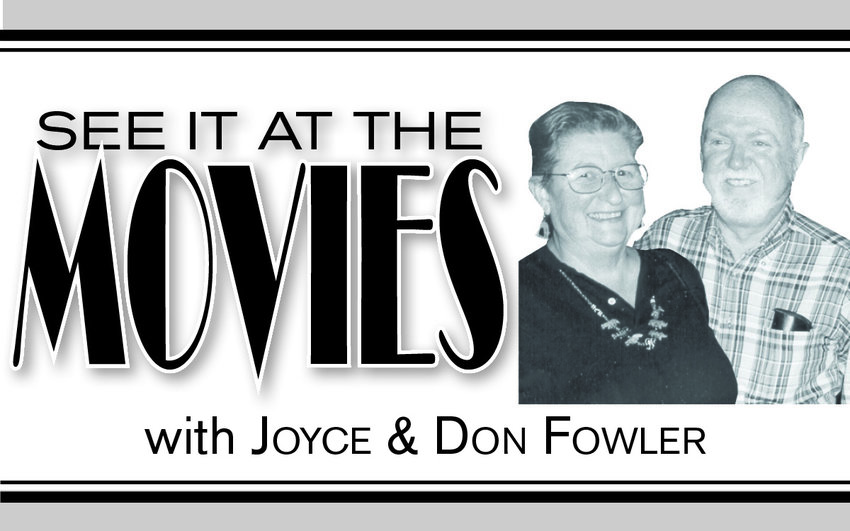 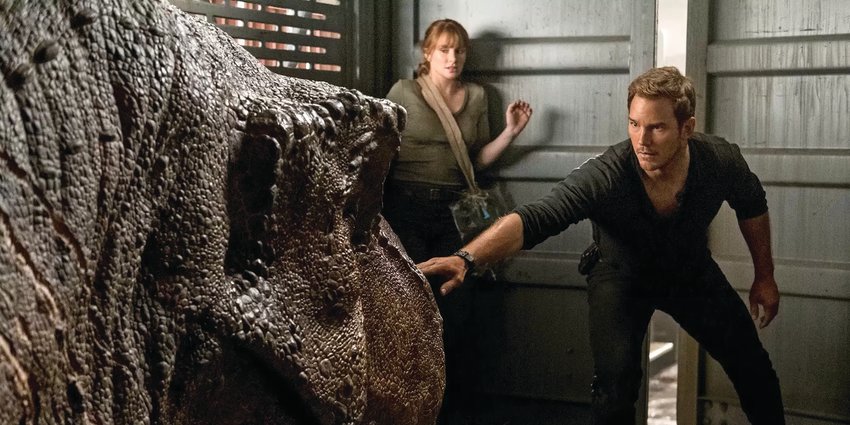 We first met the dinosaurs 29 years ago, along with Laura Dern, Sam Neill and Jeff Goldblum.

“Jurassic Park” was a classic movie, filled with adventure and an interesting concept about creating a theme park for the creatures.

“Jurassic World” followed in 2018 with “Jurassic World: Fallen Kingdom”; it was not nearly as good, but set the structure for the exciting and innovative third movie in the series.

Most of the characters are back, aged a lot, and joined by some younger folks to make a great ensemble.

The latest technology makes the dinosaurs look and act so real that you quickly become immersed in the action, aided by Showcase’s big screen and terrific sound system.

Owen and Claire (Chris Pratt and Bryce Dallas Howard) have adopted Maisie, the girl who was cloned in the last movie. They have retreated to the Sierra Nevada to protect Maisie from the nasty folks at Biosyn who want to experiment on her.

Allie and Alan (Dern and Neill) team up, join Owen and Claire (Pratt and Howard), plus a few other new characters, and head out to save the kidnapped Maisie and shut down the sinister operation at Biosyn where its evil director (Campbell Scott) has assembled a variety of dinosaurs whose names I can’t pronounce.

Biosyn has also assembled giant locusts that are more frightening than the dinosaurs.

The movie is pure adventure, filled with narrow escapes, clever situations, humor and a bit of nostalgia.

The team is aided by a feisty pilot, a Biosyn employee and the aging scientist Ian Malcolm (Jeff Goldblum) who seems to be losing it a bit, but rallies to help their cause.

“Jurassic World: Dominion” is pure escapism, leaving you cheering for the good guys and the dinosaurs and even leaving it open for another sequel.

This is a great family movie. It may be a bit intense for some, but if you explain that it is “make believe”, and you don’t hide under your seat, everyone should enjoy it. Rated PG-13. 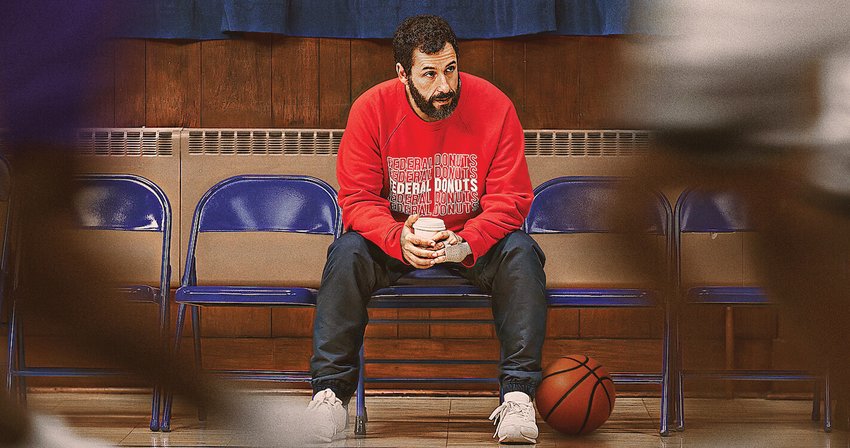 Adam Sandler stars as Stanley Sugarman, a Phillies scout who is tired of living out of a suitcase and wants to be an NBA coach.

His understanding wife (Queen Latifa) and teenage daughter supported him through all the troubles and injuries that ruined his playing career.

Stanley discovers a street player in Spain who hustles games on local playground courts and promises him a career in America if he works hard.

The seven foot phenomenon works hard to finesse his skills, but when he is ready for the Draft Combine, Stanley’s boss shuts him out.

Stanley works hard and uses every trick at his disposal, including the internet and cashing in old favors, to get him another chance to be seen by those who make the big decisions.

The story takes us right up to the big game where we hope there will be a happy ending.

Corny? Yes, but basketball fans should enjoy the inside look at how players are promoted, scrutinized and eventually selected in the draft.

The movie is loaded with past and present NBA stars, including Dr. J Allen Iverson, Brad Stevens, Magic Johnson, Stephen Curry, Shaquille O’Neal and a host of others.

My blender… smooth way to a healthier life

Johnston’s healthcare sector is booming. Although construction is clogging one of the town’s central arteries, the temporary pain may be worth it down the road, according to local …