In the tradition of Wilbur and Orville Wright

In the tradition of Wilbur and Orville Wright 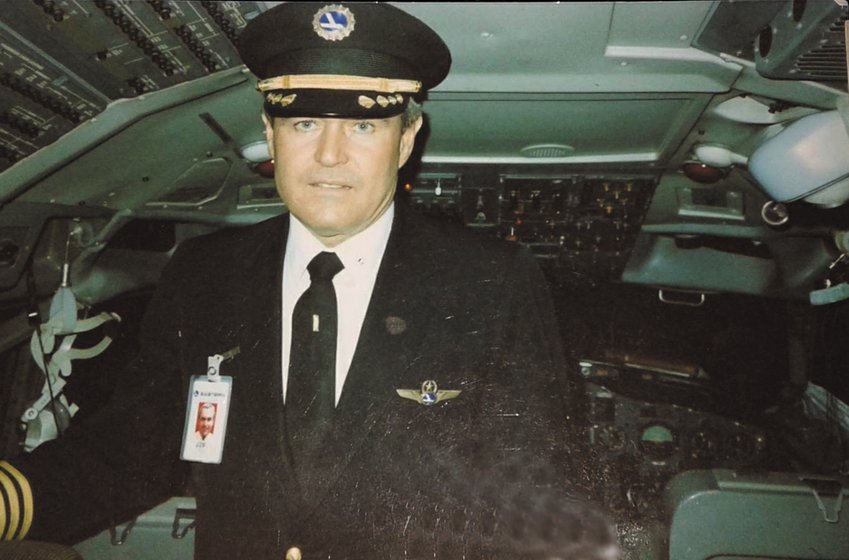 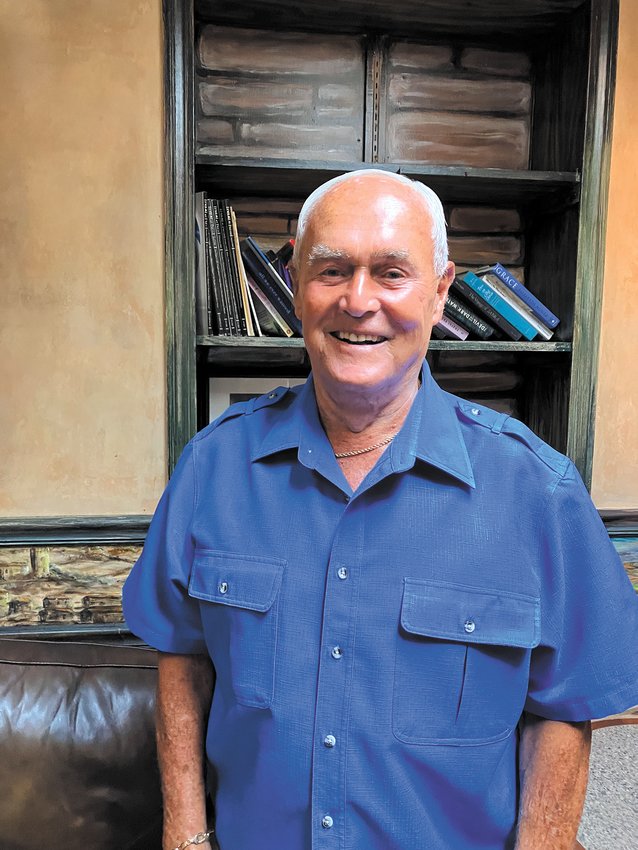 James J. “Jim” Burns knew that he wanted to be an airline pilot when he was a young boy.

When his uncle and a group of friends decided to buy their own airplane and start a “Flying Club”, the runway was being cleared for him. That element of fate would lead to one of the most illustrious careers in aviation history, culminating into its most prestigious award – the Wright Brothers Master Pilot Award.

To be eligible for consideration for this award, a pilot must have 50 or more years of civil or military piloting experience, and a spotless record. FAA officials presented the award to Jim in the company of his many friends and colleagues at a ceremony and reception held  Sept. 13 at Chelo’s Restaurant on Post Road in Warwick.

A little background on Jim Burns.

Born in Providence to James and Rachel Burns, Jim and his two sisters, Regina and Lorraine later moved to Cranston, where he attended Cranston High School. After graduating he joined the US Air Force in 1957, serving for four years and earning an Honorable Discharge in 1961.Shortly after returning to Rhode Island, Jim decided to be a firefighter, and was accepted to the Providence Firefighting Academy. It was not without some tragedy and drama.

In February 1963 Jim and his unit was called to fight a fire on West Park Street in Providence when part of the house collapsed, tragically injuring six firefighters, one who eventually died. Jim was actually sworn-in as a permanent firefighter while recovering from his injuries at Rhode Island Hospital.

His career as a firefighter would last 14 years, during which time he would study for his pilot’s license. He became so proficient that in 1969, he was certified as a flight instructor and charter pilot, being certified to instruct candidates on single engine land, multi-engine land and seaplanes. He worked out of North Central Airport in Lincoln, using North Central Airways aircraft.

In 1976, Rhode Island’s FRAM Corporation hired him full-time as a co-pilot. Jim flew FRAM executives on a Convair 580 throughout the US, Canada, Mexico and the Caribbean. He eventually rose to the position of Chief Pilot, flying their newly purchased Citation Jet.

Jim would serve in that capacity until in 1987, when he was offered a position at Eastern Airlines as a flight engineer (“the seat in the cockpit that faces sideways”). He would once again rise quickly to the position of Captain, flying the Boeing 727.

In 1991 Eastern Airlines ceased operations, so Jim accepted a part-time position as a co-pilot at Textron, once again flying their executives throughout the country.

In 1993, Jim was hired by Rhode Island’s own CVS, flying executives throughout the US and internationally, on their Citation 10 jet, which was the fastest non-military jet in the world at that time. He would retire from CVS, and from his last full-time job, in 2000.

He now continues flying and instructing, and calls himself a “free agent”, enjoying his plane, a Cirrus -SR20.

Sitting with Jim in a coffee shop on Main Street in East Greenwich (he lives on the Warwick-East Greenwich line) one recent morning, I couldn’t help but notice how remarkably young and fit he looks, and asked him how he keeps so agile?

He just grinned and said, “I had a lot of fun!”

He is a man who loved what he did for a living. He logged more than 23,000 hours in the air, flying all kinds of aircraft including jets and props. He is licensed to fly seven different jets, including the Boeing B-727, a Lear Jet, and the 550, 650 and 750 Citation.

Asked which one is his favorite, he laughed and said “they all are! It’s getting paid for something you love doing.”

He has also seen some remarkable sights such as flying over Mount St. Helens, a couple days after it erupted and witnessing the Aurora Borealis.

Jim also had some tough moments, too. He had to shut an engine down on the Convair 580 and make an emergency landing at T.F. Green.

He has flown his share of movie stars, politicians and celebrities, and has landed in every state except Hawaii.

Jim is thankful for the people who helped him along the way including his uncle and his pals who gave him his start in aviation, as well as the “GI Bill” that paid for most of his training.

Surely there are a lot of pilots and passengers out there that want to tip their hat to Captain.

A career of flying recognized 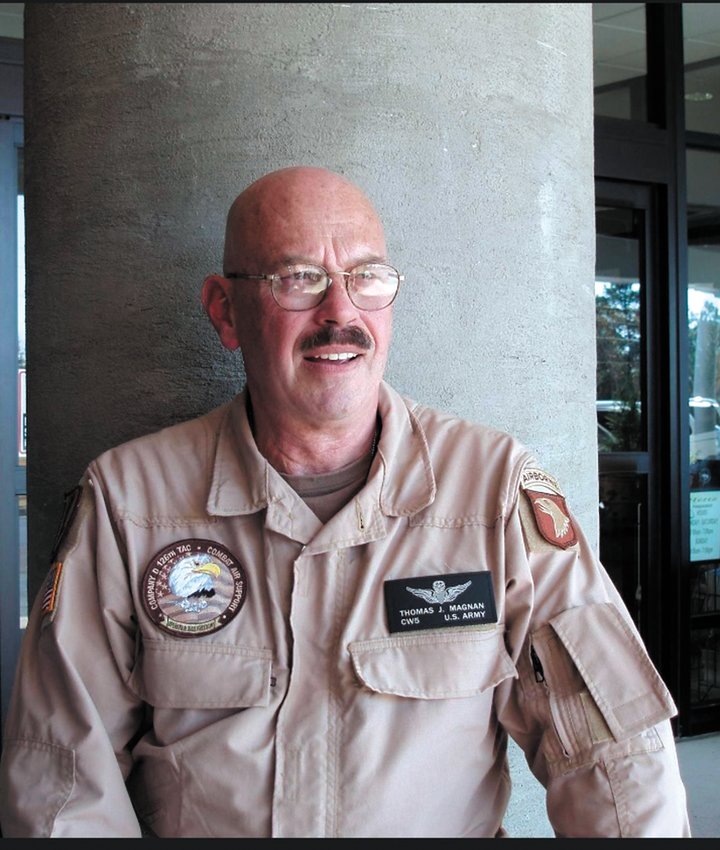 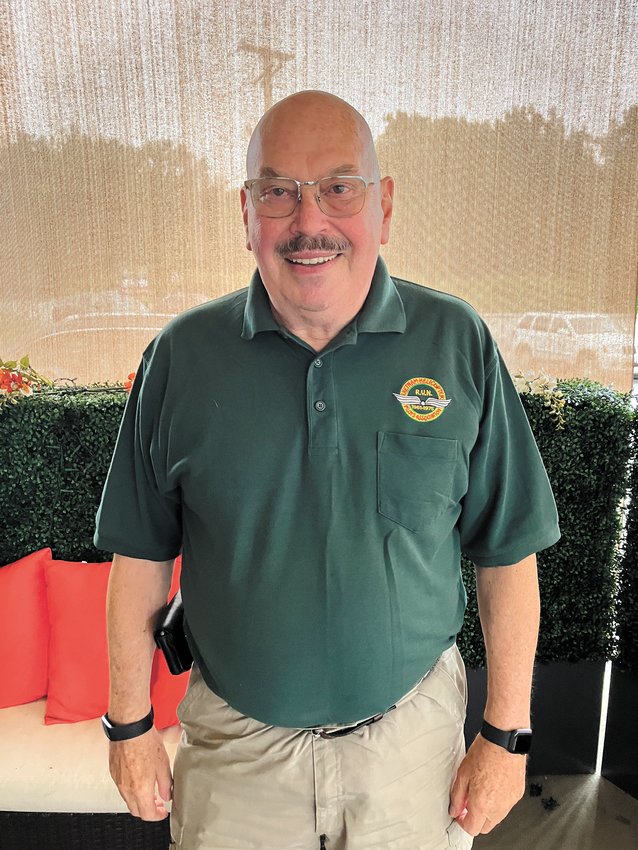 Thomas J. Magnan had his first flight when he was six months old.

His dad, Wilfred was a commercial pilot and flight instructor, who frequently took young Tom flying with him.

The experience stuck with him and guided him into his life’s devotion. In his words, “it stuck. It’s all I ever wanted to do!”

His military career would start with a simple letter in the mail that most of us who were of draft age in the 60s and 70s were a little nervous about.

For Tom Magnan, the solution was simple. The day that he received it (in July of 1968), he went down to the local recruiter and signed up for Warrant Officer training in the US Army.

He would graduate from the Rotary Ring Aviator course in June of 1969 and receive an appointment to Warrant Officer One. A couple months later – he was headed for Viet Nam.

If you were around at that time, you know that the war was not a popular one, with unrest and protests emanating from college campuses throughout the country. But for Tom, he relished the opportunity to serve his country.

A little background on Tom.

“I grew up in a Navy town”, Jacksonville, Florida.

(He actually was born in Elizabeth City, North Carolina, which is located near Kitty Hawk, the location of the first successful flight of an airplane by the Wright Brothers on December 17, 1903, which fits prominently into this story).

The son of Wilfred and Frances Magnan, Tom and siblings Dave, Kathy, Christina and William enjoyed growing up in the Florida sun.

He would meet his wife of 47 years, Mary Ann, and together they would raise four children: Pamela, William, Christopher and Michael.

His decision to join the Army rather than the Navy was based on expediency.

Just having graduated from Bishop Kenny High School in Jacksonville, Tom didn’t have the requisite college degree needed for flight training. The Army, however, did have one and the decision was made.

During his years in Viet Nam, then Chief Warrant Officer Magnan logged 704 combat hours in service to his country. An experience that few (including this writer) will ever understand.

After Viet Nam, (he was discharged with honor in 1970), Tom joined the Rhode Island National Guard, stationed at that time at T.F. Green Airport.

In 1973, Tom received his dual rating to fly both airplanes and helicopters, flying too many aircraft to list here, but including the UH-1 helicopter (the “Huey”) as well as a single engine aircraft called a “Beaver”, but most of all flying a C-12 twin engine turbo prop.

He would also work as a private instructor for both helicopters and fixed wing aircraft, and had some interesting private clients, including the legendary then Mayor of Providence, Buddy Cianci who during that period was a candidate for Governor of Rhode Island.

His military service was exemplary, earning a multitude of medals including the Bronze Star, which is awarded for outstanding combat service, to the Meritorious Service Medal for leadership.

Tom retired in 2009 after 41 years of Military Service.

Perhaps the highest recognition he ever received was awarded last week, surrounded by dozens of colleagues, family and friends.

Tom received the coveted “Wright Brothers Master Pilot Award”, which is awarded by the FAA to a select group of individuals that must have 50 or more years of civil or military piloting experience and a spotless record.

For Tom Magnan, that was mostly military piloting.

And for Tom Magnan, that is life going full circle.

The boy that was born near the Town the Wright Brothers made famous, Kitty Hawk, would end his flying career with an award named after the two pioneers of aviation.

He gave up his flying career last year, explaining “flying is a perishable skill. If you don’t do it, you lose it!”

To Chief Warrant Officer Tom Magnan, “a job well done, and thank you for your service.”

Johnston cracks down on 9 ‘illegal businesses’ operating at 27 Mill St.

Future Case Corp. has been there long enough for rust to form and leak from the bracket and onto the business’s white sign hanging in front. The mill building’s been there for about a …

The Winter Market at Warwick …